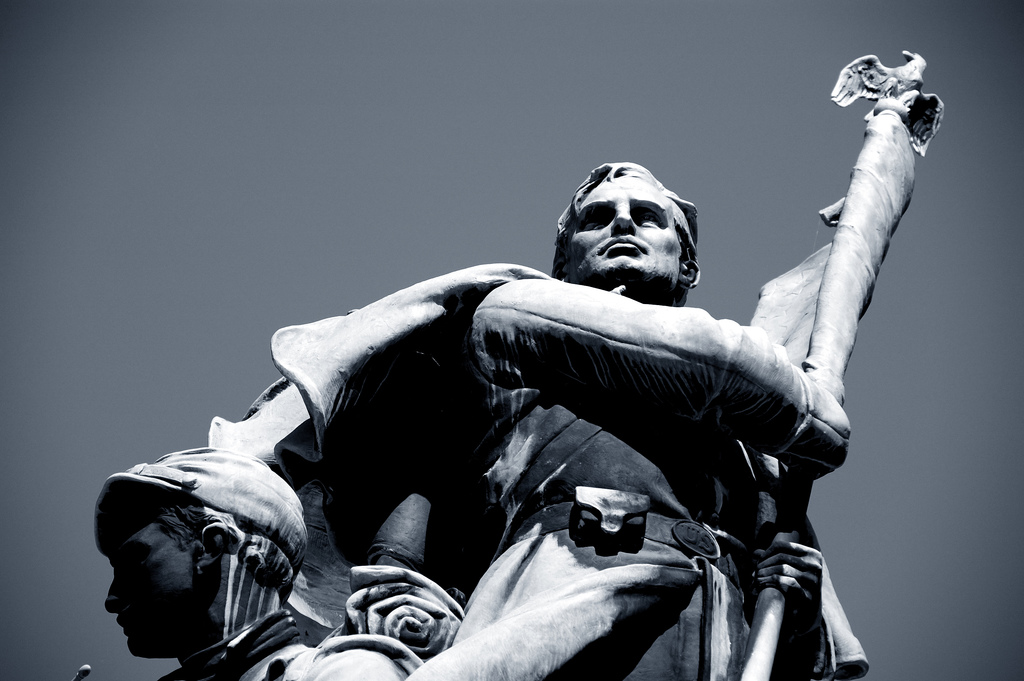 During the days of the Civil War historians tell us that approximately 150,000 people repented and believed in the name of Jesus Christ. A great and wonderful revival swept through the camps of both the North and the South and it was even reported that the Tennessee barracks had a 1,000 seat tent erected for the chaplain’s sermons each week. Interestingly enough, having chaplains before the civil war was arbitrary, never intentional, and very rare. Since the civil war chaplains have been and remain a mainstay of the military.

The Civil War was fought over two sides of this “union of states”. During the Civil War the name of our country could easily have been changed from the “United States” to the “Fractured States” of America, for the divide was real and palpable, and the devastation it had on the lives and families of our countrymen was long lasting. It has left it’s imprint on this nation even to this very day.

As I read the newspaper articles and hear things unraveling in our land today, there seems to be a clear civil war taking place now as well. Instead of the battle cries of states rights, and the ending of slavery, there’s the “alt-left” and the “alt-right” screaming as loud as they can. Brother is turning against brother, sister against sister, and Christian––against christian. The casualties of the Civil War are estimated to be roughly 620,000. That’s more deaths than all wars we’ve fought combined. In this civil war of; blockades, executive orders, boycotts, and the like, our nation is becoming divided in an unprecedented and historic way. California, California is trying to succeed from the union!

The question is however, where are all the chaplains? The U.S. Christian Commission handed out 30 million tracts during the civil war. One of the young men who handed out a huge portion of those 30 million was named Dwight L. Moody. E.M. Bounds a wonderful author and theologian was first a chaplain in the southern army risking life and limb on the front lines to pray for and minister to the hurting and lost people at the brink of death. And let’s never forget H.M. Turner. This man drew crowds that included not only soldiers but congressmen from both sides. They all wanted to come and listen to this man preach the gospel. Because of his gifted preaching Turner became affectionately known to all who heard him as “the Negro Spurgeon”.

So, where are all the chaplains today? Where are the Moodys and Turners? What are we doing in this, our generation’s civil war? Are we dawning our grey or blue? Are we taking up our musket and joining the regiment? Or are we leaving the political debates to join with other Christians to fight the good fight of faith? Is our outrage over one side or another fueling the drawing of lines in the sand? I beg of you to please, please bid people come away from the shifting sands of hope in human measures and place their lives upon the rock of Jesus Christ.

There were many very famous battle grounds of the Civil War; Gettysburg, Bull Run, Chancellorsville, Sumter, Lookout Mountain, etc, as there are many for us today. Our living rooms, our offices, Facebook, Twitter, etc. In those places where bullets fly and you’re tempted to join in the shooting, please––for the Love of Christ, don’t shoot opinions––share Christ. Let’s not waste this fractured condition that our states find themselves in. Let’s use it and let’s pray together for the sake of revival spreading across our land.

Abraham Lincoln, though he had previously never been religious or thought greatly about Christianity, uttered in the wake of such great revival and the closing of the Civil War, that he saw us now as “One nation under God”. This later struck Dwight D. Eisenhower so profoundly that he had the phrase added to the pledge of allegiance and then “In God We Trust” added to our currency the next year. This is tangible, historical evidence proving that gospel change can not only stop conflicts, the gospel can also make lasting changes for centuries to come.

Pray for and preach toward a “United” States of America, “One nation under God…”